I have just been offered a PROJECT OFFICER role with a public health organisation. I started with Tritek in September 2019. I joined Tritek because I was looking to develop myself as a Business Analyst as I believe it will compliment my master’s degree in management studies. I spoke with Adeshola before joining and I was assured that I will be able to work on a project as a BA.

At the end of the 4 weeks training session, I was assigned a Lead PMO role (on Project Nebula) and not the BA role that I earnestly craved for. Felt bad about not been given my preferred role but I accepted it anyway. Having worked as a PMO Officer before, I saw this role as a new challenge because every role presents a new challenge.

We had a difficult start to the project as a group, but things settled down afterwards. Mid December I created my CV and sent it to the Programme Manager (Clo) for approval before I started applying for jobs. Got my first interview a week before Xmas for a Junior PM role in Manchester. I passed the interview and was offered the role. However, the pay package was less than my current salary, so I turned down the offer. I believe I should be going up and not down. But last week, I attended 3 different interviews and was offered a Project Officer role from one of the interviews. In preparing for the interviews, I used the LMS to prep myself as all the Mentors were still on holidays. I believe this is just the beginning and a step in the right direction too. It can only get better.

I want to thank everybody at Tritek for doing an amazing job – the CEO – Adeshola for putting together a fantastic platform that helps people achieve their potentials in life; and the Programme Manager – Clotilda (who I always refer to as family) for her support and encouragement. To my fellow Tritekians, possible is more a matter of attitude, a matter of decision, to choose among the impossible possibilities, when one sound opportunity becomes a possible solution. So, nothing is impossible. Keep grafting, success is just around the corner.

We facilitate growth by delivering professional training and development, visualisation solutions, as well as a wealth of tools and resources that you need to stay ahead. 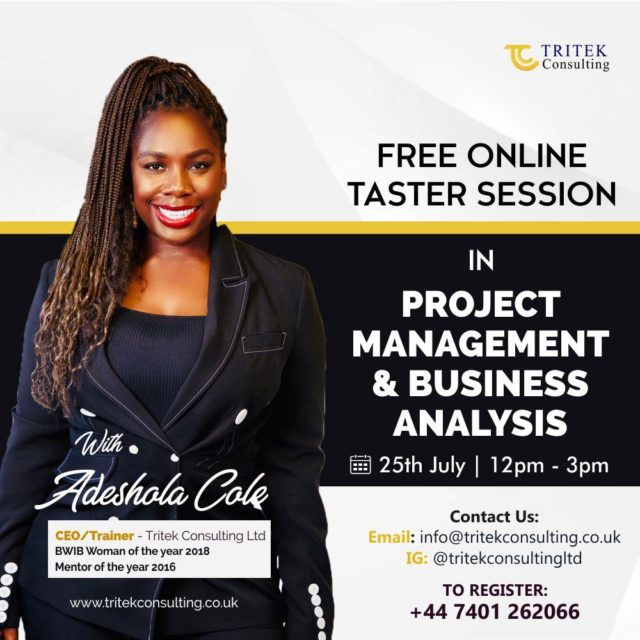